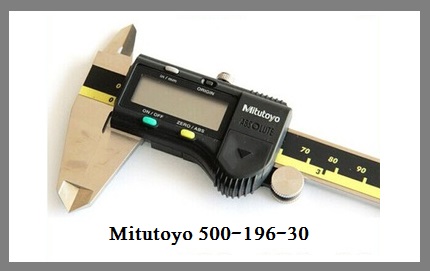 The first thing I noticed when I received the caliper and held the case was that it that made a lot of noise and moved around too much inside. On opening the case I found out that there was  a lot of empty space inside and a complete lack of rubber or foam padding or any kind of damage protection for the caliper. The case itself was made from a single piece of plastic with a cheap hinge which looked like it could break anytime. SE 784EC Digital Caliper is has an issue of Poor LEDs.

This may seem to be a petty issue but even my $15 calipers come with a better looking case and this feels really cheap for a caliper that costs $119.95. It doesn’t matter that much if the calipers are to remain stationary but I fear that they may get damaged every time I move them around. A temporary solution to this problem is to keep your paperwork inside the case to provide shock protection but I feel Mitutoyo should have provided a much better casing.

I received the calipers sealed inside clear plastic which was hard to open but reinforced the feeling that I was getting a brand new product .Folded Inside was a multi lingual instruction manual with a SR44 battery packet stapled to it.

According to the manual, the batteries supplied with the caliper were intended only for checking the performance and functions of the caliper and may not last a very long time so the user should buy a new battery for regular use. I haven’t made sure of the accuracy of this statement but I found only a single battery inside not batteries as was mentioned in the manual. A thin coat of oil lies on top of the caliper which should be cleaned with a cloth according to the instructions.

The caliper overall felt very good to hold and provided a sense of premium quality with no unpleasant odours or anything.
To set the origin, the manual tells you to hold down the Origin switch for more than a second and if your fingers are too thick, a narrow pin or something similar may be required to press the button. However after using the caliper for a while, I saw that it would set to 0.01 instead of 0.00 and I had to set the Origin again. The rest of the buttons are more accessible and responsive and overall the caliper works and feels good.

I was disappointed by the case supplied by Mitutoyo which felt the same as a cheap caliper and seemed careless and undeserving for a caliper as expensive as this. The supposedly inferior batteries remind me of a similar tactic used by printer manufacturers who supply less ink with new printers.

It is possible that the battery isn’t even of a low quality and the reason for the statement in the manual is simply so that Mitutoyo doesn’t have to deal with complaints of short battery life which could be caused by improper care or lack of use by the user.

Though I still wish I didn’t have to depend upon disposable batteries. All in all I feel satisfied with the quality and performance of the caliper except for the cheap case which feels like a sloppy move from Mitutoyo. They should provide a case with proper protection and a durable hinge. 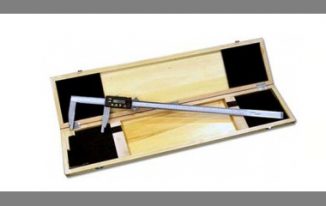 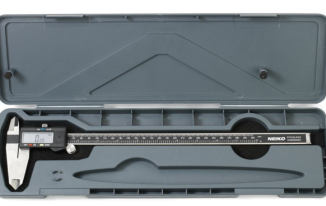 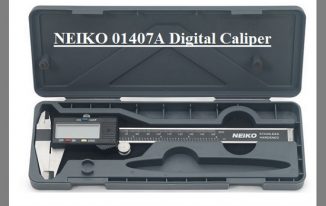