The Assembly:The poor assembly was apparent from the start when the caliper started producing scratching sounds when its jaws were opened. The feeling was reinforced when observed that the two measuring jaws were not parallel with each other which explained the noise. SE 781BC Vernier Caliper also have these type of problems. However the caliper somehow produced accurate results when tested using standard gauges so it seems to be functional but still feels too rough and uncomfortable.

On top of that the storage case fails to contain the whole length of the unit and itself looked loose and poorly made.  The caliper is actually Chinese manufactured but has been branded by CE before importing. A general brand of a similar CE product is available on Home Depot with and added benefit of a third fraction mode which coincided with the sizes of drill bits. Plus it seems to work a lot more smoothly compared to the ML Tools Digital caliper.

The LCD: The LCD display seems to be defective as it has consistent problems with zeroing when the jaws are closed. General Tools 6-Inches Digital Fractional Caliper also had LCD problems. This also produces a lot of doubts regarding the accuracy of the instrument and certainly doesn’t justify a price more than $10. Due to the lack of finishing users are recommended to spend their money on a better recognized brand which offers better functionality. 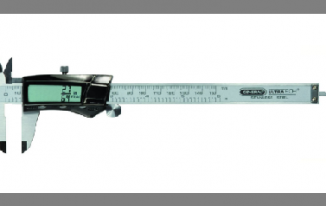 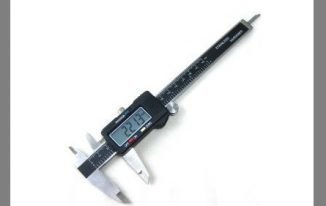