Recently I evaluated the performance of the NEIKO 01407A compared to 6 other digital calipers from various brands. This comparison revealed to me that although the NEIKO tends to get a lot of positive reviews it is not because it is better in performance than the other calipers. Rather, its popularity seems to be solely because of its very low price which has led to more people using the product.

During my comparison I found out that the NEIKO finished at the bottom of the lot across the whole data set and in addition its accuracy and build quality was significantly inferior, especially compared to the iGaging EZCAL. Moreover I failed to take accurate measurements of internal diameters due to a gap between the internal measuring jaws.

My suggestion would be to buy the iGaging EZCAL if you have a budget below $30 because it is the best digital caliper in this price bracket even though it costs $10 more than the NEIKO 01407A. 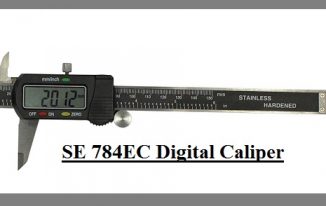