The least count is an important defining parameter for any kind of scale. It is defined as the minimum value that can be measured on the scale and is the distance between two small graduations. The least count is also significant because it is directly linked with the accuracy of an instrument and in some cases accuracy and least count are used interchangeably although they hold different meanings.

Once the least count is known for a caliper, then we can use the following formula to find any length easily:

And L.C= Least Count of the Vernier Caliper

This method helps eliminate the doubt which is sometimes created when summing up the main scale and vernier scale readings where people may write the wrong number of decimal places or mix up units but if with the least count and length formula you can be sure about the values. 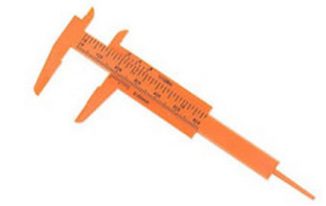